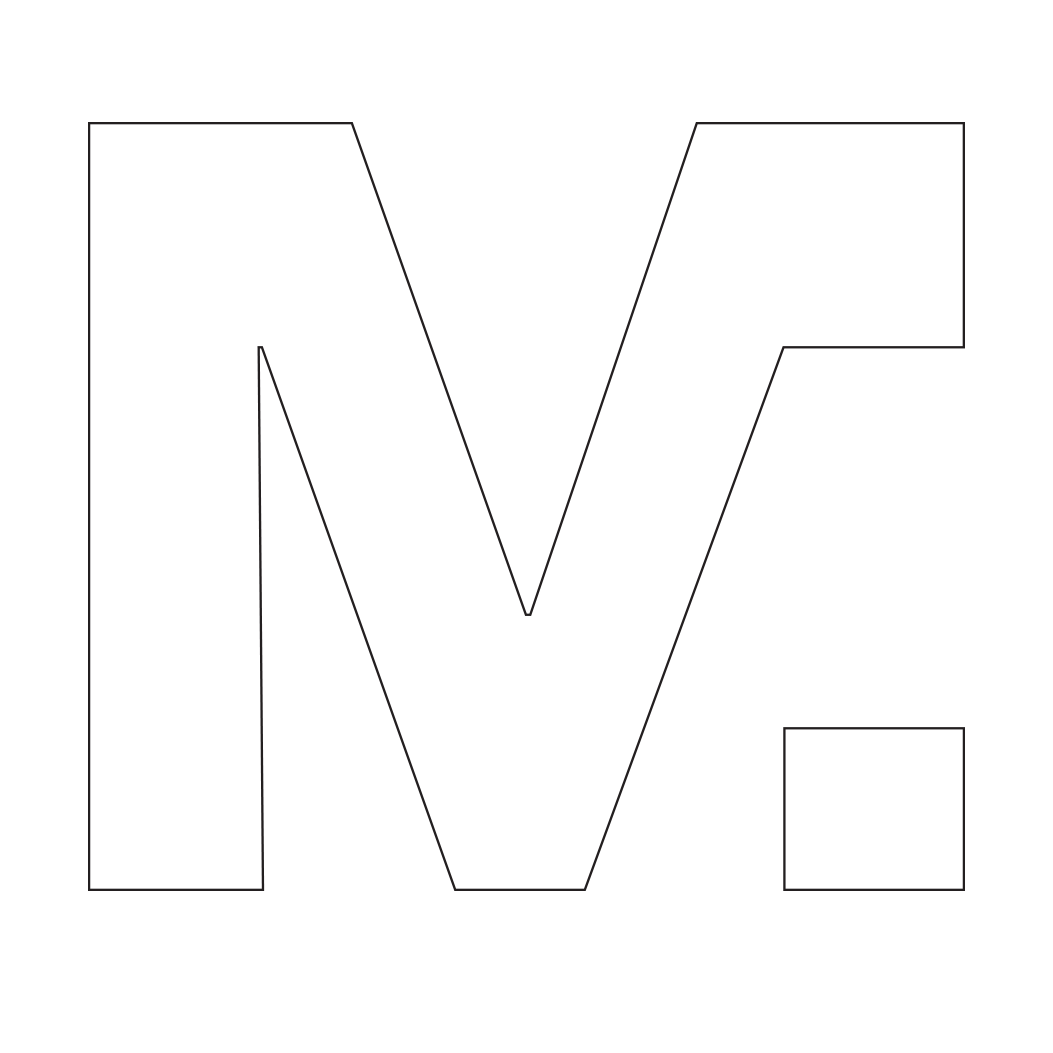 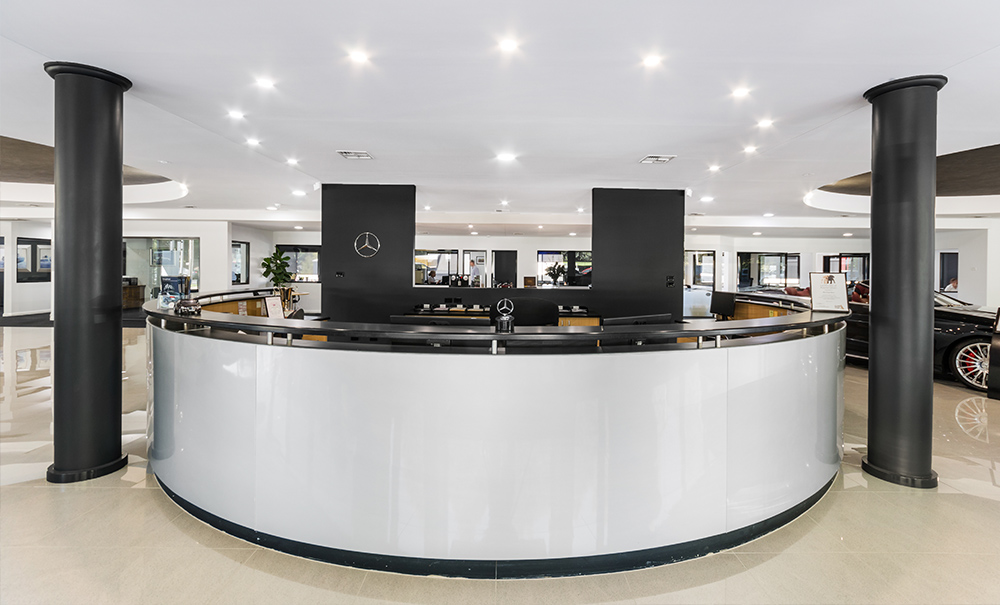 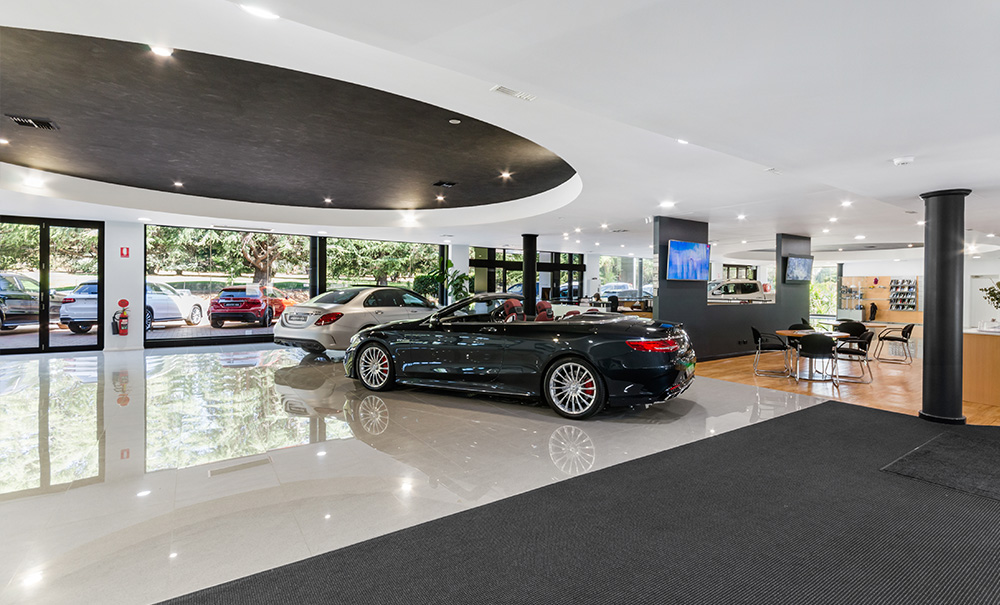 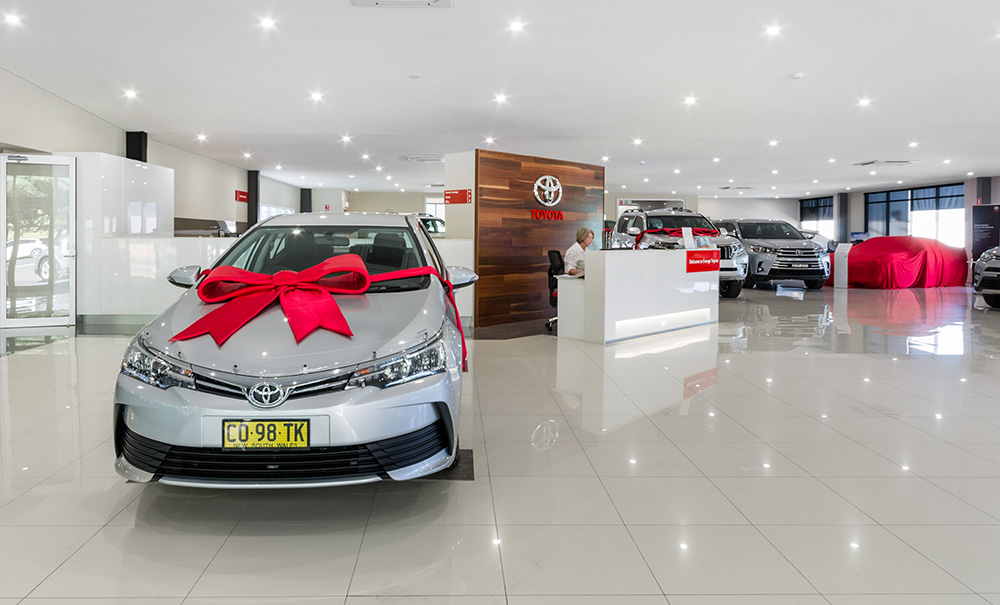 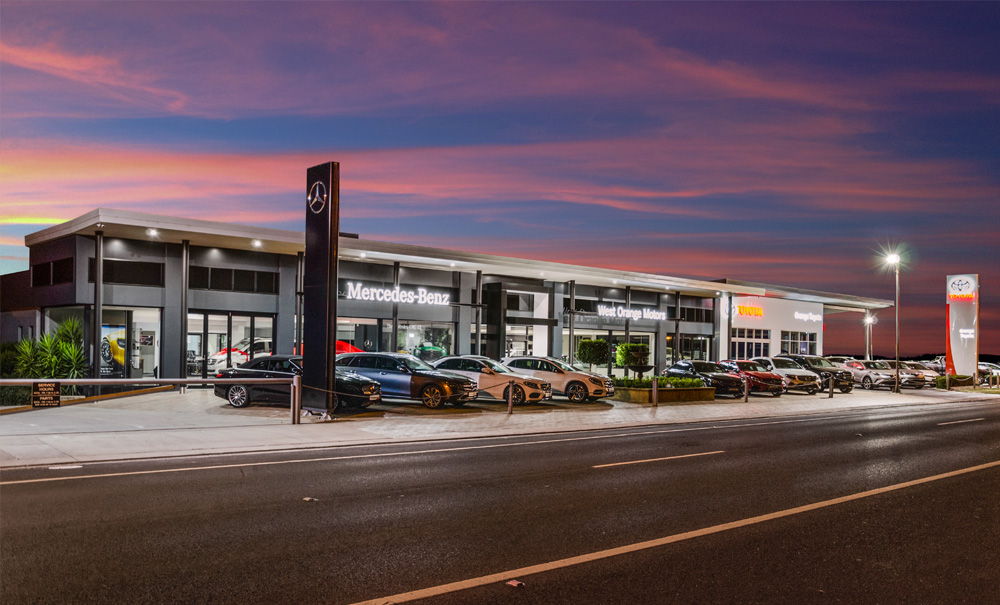 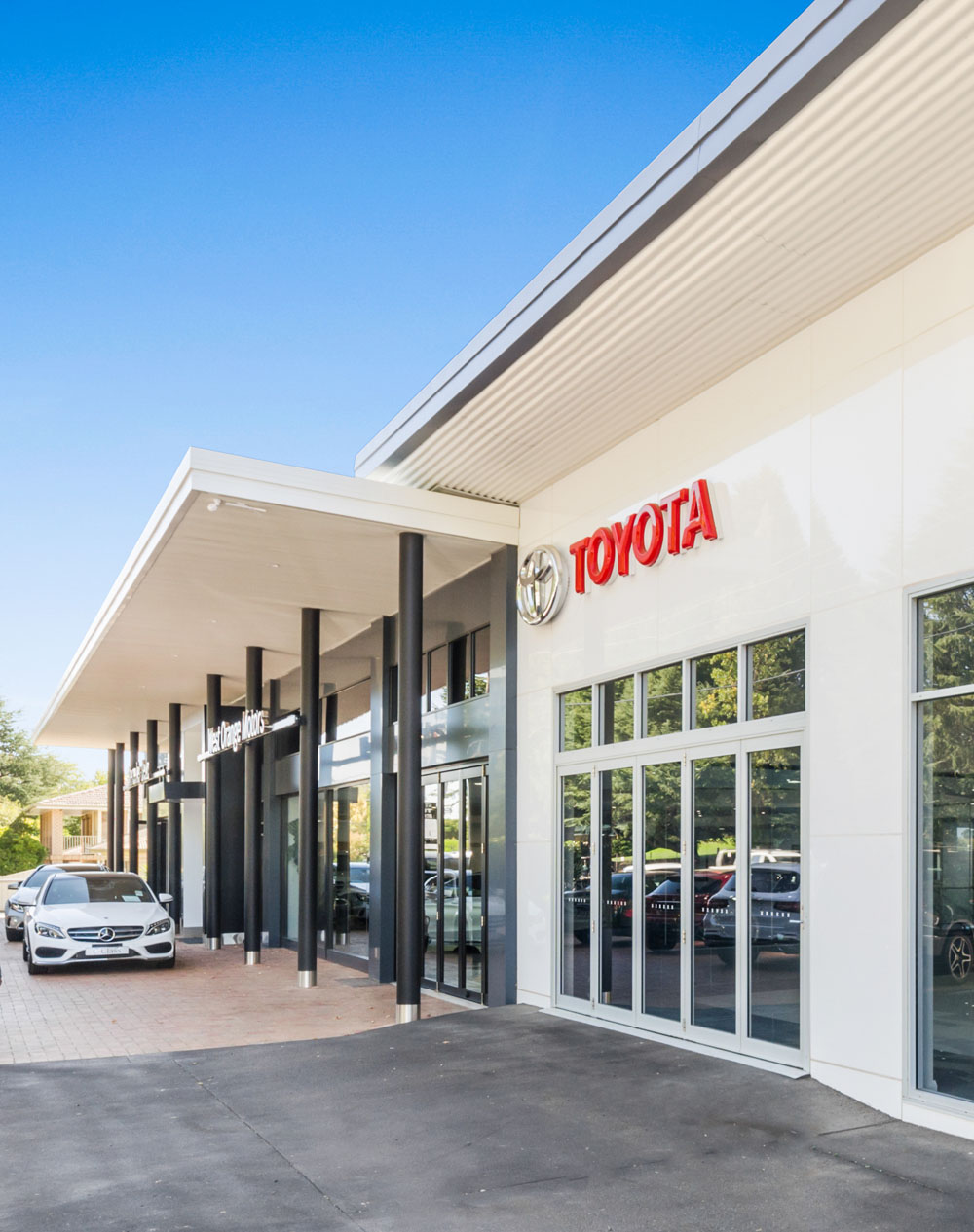 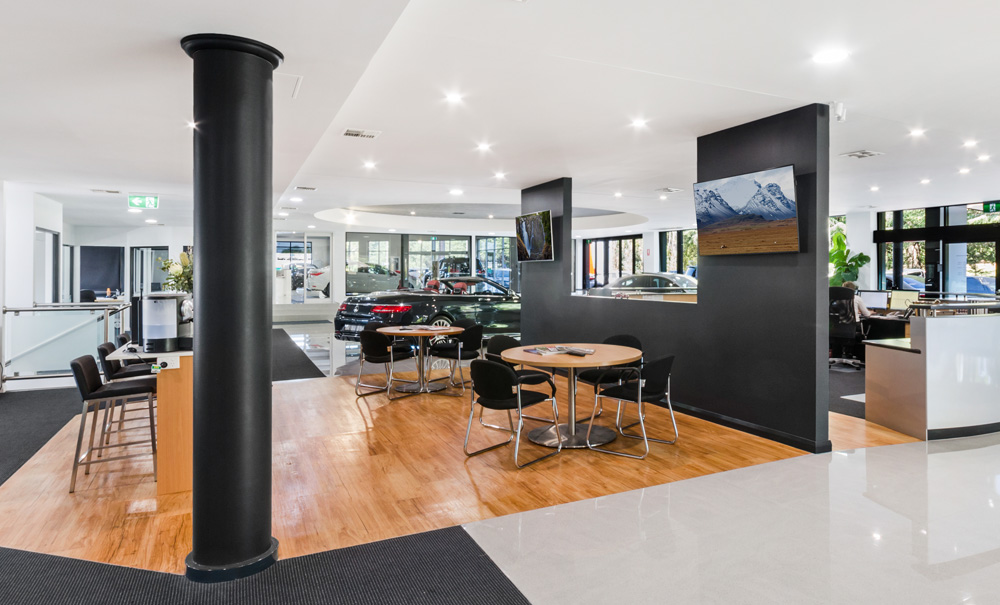 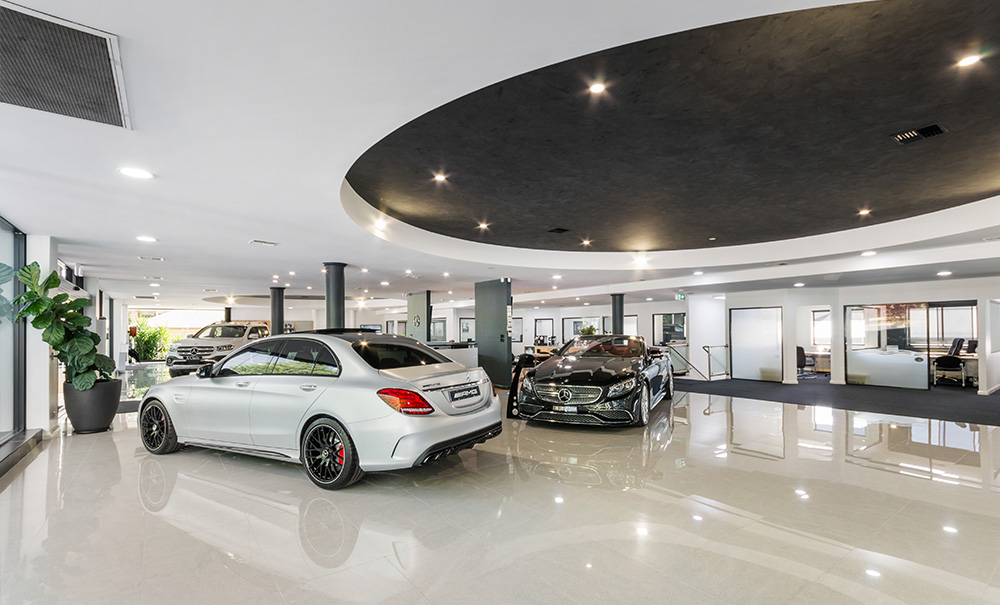 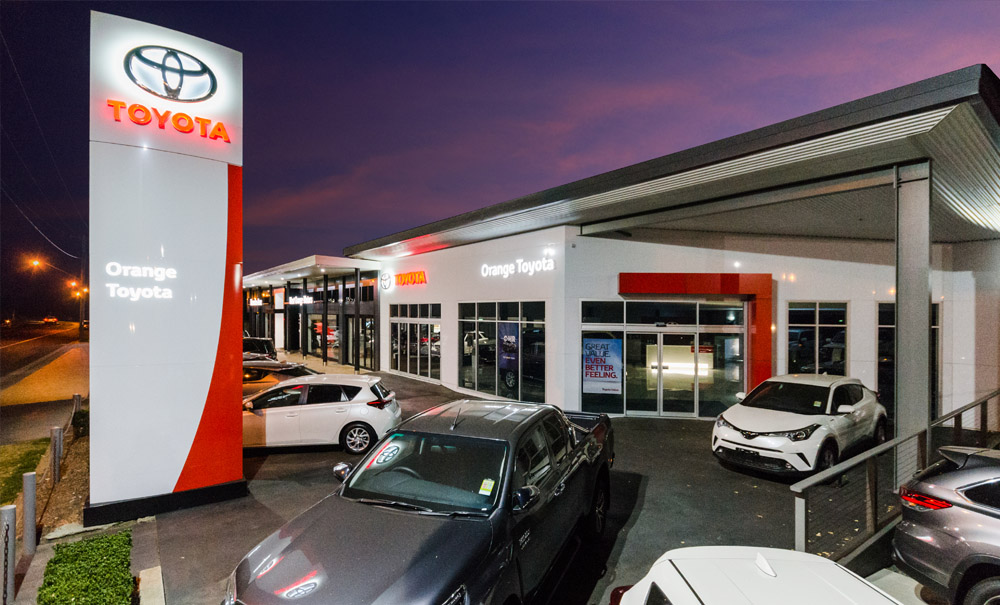 West Orange Motors needed to update all their showrooms and wanted to use the current building as the base.

With the existing building now being occupied by Mercedes – Benz a new Toyota showroom was to be built. This building was built on the existing car deck area. The new show room was design to stand aside the other showrooms on the existing foot print but have its own identity. The building incorporates a butterfly roof line and inverted eaves.

The team completed the Architectural plans, both exterior and interior and worked as the project manager on the builds.